Your child’s safety is your number one concern and the top priority of SKI TRAVEL, too. Our ski and snowboard trips offer students a wholesome activity with chaperones and professional transportation. In many ways they’re safer than when they’re out with friends on a regular weekend at home, when they may be unsupervised and subject to teen drivers. Our tour buses are driven by experienced operators from a reputable company, Gunther Charters. We go for safety all the way and a mechanics even follows our buses to ensure safe and on-time travel.

Once in Tremblant, students find themselves in a charming pedestrian village. The village offers plenty to keep travelers entertained when the slopes close at day’s end. The village is small enough for chaperones to keep a watchful eye on students... read more. 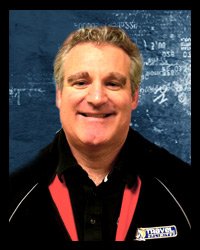 Dan was born in Philadelphia, PA but grew up in Northern Virginia. He founded Ski Travel in 1981 while still a high school student at Bishop O'Connell High School. While in college at George Mason University he expanded the business to include additional high schools throughout the VA, MD, D.C. area. Since 1981 Dan has supervised and directed trips for over 80,000 students. He founded Ski Travel to fill the need for safe, chaperoned alternatives to discontinued school sponsored ski clubs and ski trips. As the father of a family of 14 children, he understands the concerns of parents. All of his children have learned to ski and snowboard while on Ski Travel since 1981. Many of the children play an active role in the company including Jimmy. Dan lives in Fairfax, VA with his wife Rita and their 14 children. 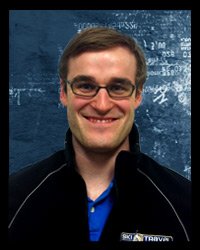 Jimmy was born in Fairfax, Virginia and is an avid skier. He graduated from the Citadel in Charleston, South Carolina majoring in History and minoring in American Politics. Jimmy got married in August 2011 and lives in Burke, Virginia with his wife Jacqueline and three children. He has helped run many of our high school trips including three 2011 trips to Mont Tremblant and one trip to Snowshoe, West Virginia. Jimmy is experienced as both a chaperone and an assistant trip director working with both resort officials and security personal on the mountain. He is looking forward to another winter filled with great skiing and safe trips. 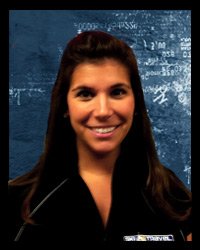 Alessandra is from Bethesda, Maryland. She attended Our Lady of Good Counsel High school, and was part of the last graduating class out of the Wheaton campus in 2006, whats upppp falcons! She was involved in field hockey and swimming while enrolled there and also attended the SkiTravel Snow Escape trips in 2005 and 2006. After high school she went to the University of John Carroll in Ohio, right outside of Cleveland where it snowed from October until April (for real). In the winter of 2007 she was on the John Carroll Ski team, which traveled to different cities and states to compete in down hill slalom and giant slalom with other schools. She also organized for her team members to go on SkiTravel's Spring Break College trips.

In the fall of 2007 she transferred to the University of Delaware to study fine art, art history, and photography. She had the best time of her life as a bird of prey- a fighting blue hen. Got to see Joe Flacco before he left to become a Raven (why are they all birds?) which was really awesome. She worked as a waitress and hostess at Klondike Kates, one of the best restaurants on Main Street at UD. In March of 2009, she was craving the beautiful trails of Mont Tremblant, and returned this time for College Fest in late March with other students from UD. She has worked in primary care health facilities and is an experienced child care provider. Currently working as a fashion merchandiser for Ellen Tracy, she travels between 8 different stores in the DC, MD, and VA area. It is a great job that allows her to balance working at Skitravel, in addition to attend all the trips! holler holler pop your collar. see you on the slopes. 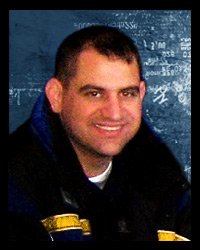 Joe is a Fairfax County Police officer and an avid snowboarder. He has attend our trips for more than 8 years and looks forwarding chaperoning again this year. One of our most experienced chaperones Joe has been on staff for trips with over 15,000 students. 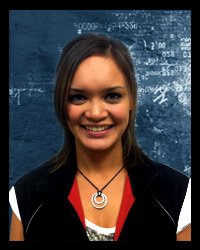 Jenn graduated from George Mason University where she was an active sister of the Iota Alpha Chapter of Alpha Xi Delta. Her degree is Tourism & Events Management along with a Minor in Business. During her College years Jenn has volunteered with Best Buddies, The National Center for Missing and Exploited Children and has helped raised money for her sororities Philanthropy, Autism Speaks. She grew up in Northern Virginia playing basketball, soccer and lacrosse for the local youth clubs. She attended Paul VI Catholic High where she was a first chair floutist, she also took part in many piano festivals and guilds. Throughout her High School career she ran indoor and outdoor.

Hurdles on her track team as well as held Captain positions in Cheerleading and Lacrosse. Jenn has worked alot with the soccer community; she coached a U12 soccer team as well as Refereed for over 5 years during which she officiated state cup matches and was nominated for the ODP tournament in Virginia. Jenns father was a ski instructor in Upstate New York so naturally skiing was Jenns original snow-sport but she has recently started snowboarding. Her father also brought her into the Hiking community as a volunteer for the Potomac Appalachian Trail Club (PATC), where she maintains trails so that Hikers may be able to enjoy the Shenandoah Region of the Appalachian Trail. Jenn has seen first hand the amazing times to be had in Canada both on and off the slopes and can't wait to share the upcoming trips with students from all over the East Coast!

MESSAGE FROM THE DIRECTOR